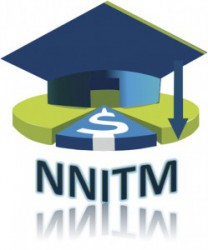 Nehru National Institute Of Technology and Management (NNITM) is a self-finance organization that conducts different programs for overall development of human being. It was established by Late. Mr. Abu Zafar Zaidi, in the year 1984, when an idea arisen in his mind to train people in order that they can serve humanity and human in different ways. Late. Mr. Abu Zafar Zaidi started an institute in 1982 along with Hujjat-ul-Islam Wal-Musl-e-meen Late. Ayatollah Saadat Husain named Falah-E-Deen Society, at Rustam Nagar, Lucknow.
At the time of registration, it looks that people may think from "Falah-e-Deen" as a religious organization, so that's why a term 'Educational' as a suffix had been added to its name so that even a normal person can understand and gain from this organization.
Organization was running on its track and keep hosted the Allahabad Board Examinations of Arabic and Persian languages. Apart from these, other small courses were also been started so that people get employment on its basis and currently they are employed in courts and other government sectors.
"I wish if I could make my blood as an ink and finger as a pen, then I'll teach to everyone the importance of education."
~ By:- Abu Afaq Zaidi (Director)

During this era the scope of education rises to its peak its became only dream for lower class people to give their child a good education and further higher education.
At that time, keeping all these things in mind existence of Nehru National Institute came in place under which various courses equivalent to B.T.C were offered to candidates, on the basis of which in 1990s, hundreds of boys & girls got government employment. But there is one more class, which can neither teach nor can learn such as physically disabled, widows and old aged poor people, etc. So, for those people a subsidiary named Manav Daya Sansthan had been started under NNITM. Best Dream Junior High School is running under Manav Daya Sansthan.
Today this organization has a number of branches. All these branches have been started keeping various perspective in mind, some of which also offers the donation of various kinds. Every member of this organization has given all of their life to this organization in order to enhance the future and lifestyle of poor people and children of the community.

Most heartily desire by Director
"After my death, all those my body parts will be donated so that other disabled person can get aid. Even if someone will pay for it or donate for it, then that money will be used for a betterment of poor people and education of children."